Should Bitcoin Mining Now Be Considered Legitimate In Countries? Which Nations Are Vying For Its Legitimacy?

Home » Blog » Should Bitcoin Mining Now Be Considered Legitimate In Countries? Which Nations Are Vying For Its Legitimacy? 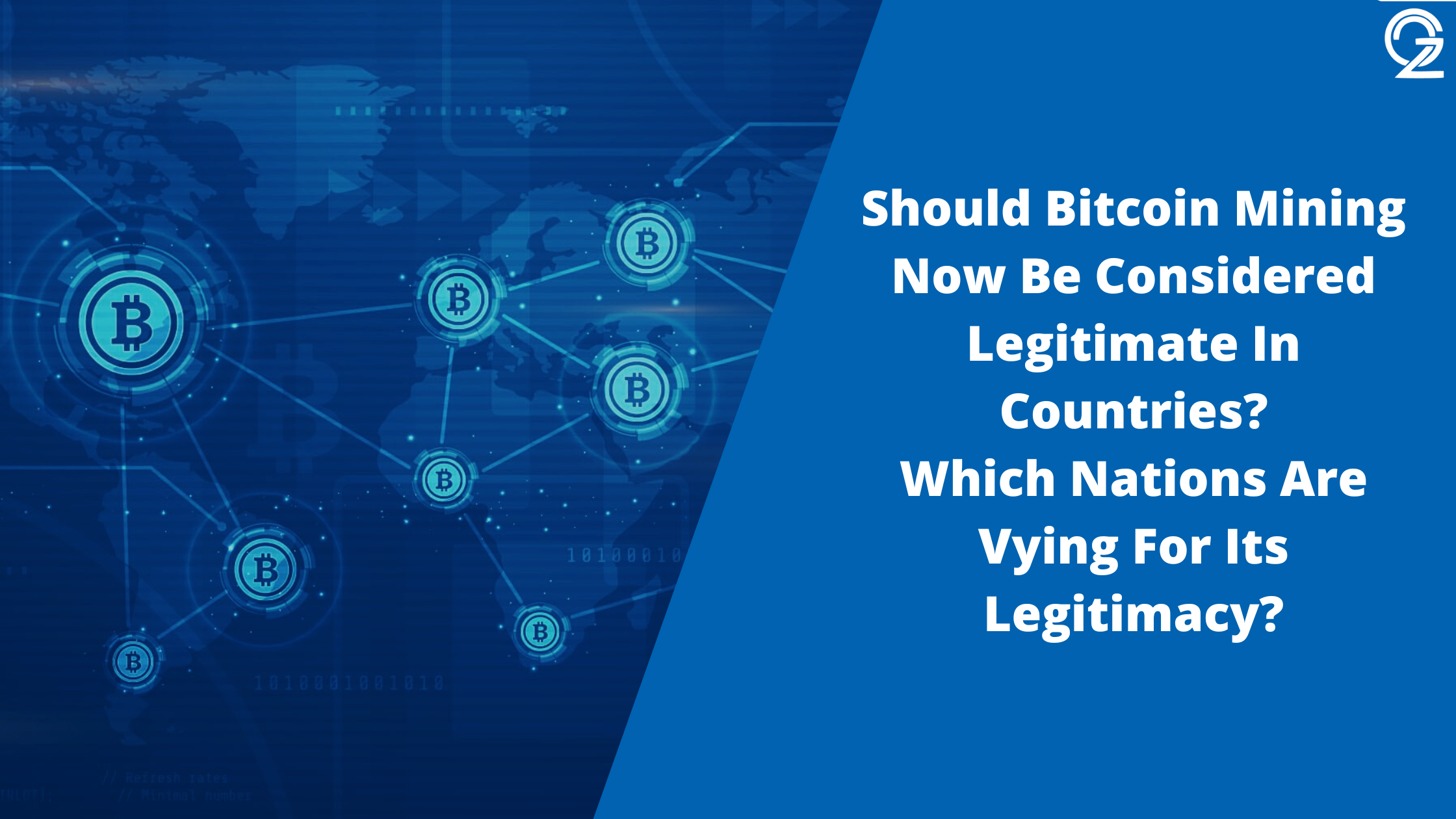 Should Bitcoin Mining Now Be Considered Legitimate In Countries? Which Nations Are Vying For Its Legitimacy?

The quick-paced cryptocurrency industry makes it harder for new traders and investors to keep track of the latest regulations around different nations. However, keeping track of these regulations is extremely important to stay compliant with the country’s restrictions.

Different nations around the world have taken a varied stand about cryptocurrencies. While some countries have readily adopted the new digital payment network and are even promoting the building of new startups, there are nations that still ban the use of digital currencies. However, the fact remains that the growing list of nations that can see the potential of digital currencies will force other nations to accept the cryptocurrency ecosystem in order to stay relevant and maintain their position in the global leaderboard.

Today, we will discuss the legality of Bitcoin mining in different nations and the new players looking to get into the profitable business.

Countries where Bitcoin Mining is Legal

Bitcoin Mining is a highly lucrative industry where miners, by putting in small investments, can not only recover their investments in a year but also make a continuous profit while doing so. Moreover, there are new ASIC miners that increase the profitability significantly, and platforms such as G2Miner are helping in easy procurement of the mining hardware.

Here are the countries where Bitcoin Mining is legal.

The US Department of Treasury’s Financial Crimes Enforcement Network issued guidance on Bitcoin in 2013, accepting Bitcoin as a convertible currency with a value equivalent to real currency. The US is one of the most preferred locations for Bitcoin mining.

The European Union in 2020 proposed legislation to regulate crypto-assets to keep financial regulatory frameworks. This legislation allows traders and miners to operate within the framework.

Canada has maintained a bitcoin-friendly stance like its neighbor, the US. Canada offers an exceptional pool of resources for Bitcoin miners making it a preferable place to set up a large mining farm. However, Canada considers any income from cryptocurrencies as business income or capital gain and requires the citizen to report it as such.

Australia has become one of the biggest hubs for cryptocurrencies and allows Bitcoin mining and other activities within the regulations of capital gains tax. Australia also offers large real estate for the mining farms, making it a suitable space for the miners.

El Salvador is one of the most crypto-forward nations and the first to declare Bitcoin as a legal tender. The country is making a Bitcoin city specifically for crypto enthusiasts and Bitcoin miners. El Salvador promotes Bitcoin mining and other crypto activities.

Other countries that legalize Bitcoin mining:

These are the countries that not only legalize Bitcoin mining and digital currencies but are also promoting the industry using different programs.

Countries where Bitcoin Mining is Illegal

There are several countries around the world that are threatened by the decentralized nature of digital currencies and have banned the use of cryptocurrencies.

Countries with Implicit Bans on Bitcoin mining and cryptocurrencies in no particular order:

Countries with Absolute Bans on Bitcoin mining and cryptocurrencies in no particular order:

While these countries are still refraining from accepting cryptocurrencies and Bitcoin mining, some countries are shifting their stance. Ukraine is one such country that is recently vying for the position of cryptocurrency capital and has deployed several strategies to achieve that purpose.

Bitcoin mining is a highly lucrative, sustainable, and innovative business that several countries have already accepted. While some countries are still neglecting the several benefits of the industry, most countries will likely shift to the pro-mining list in the next few years.

Moreover, with the growing technological advancements, Bitcoin mining is set to become more profitable in the coming years, which will surge investment from investors. As a result, the countries will be forced to support these large-scale investors and venture capitalists, resulting in a massive wave of crypto adoption.