Proof of Stake vs. Proof of Work – What’s the Difference

Home » Blog » Proof of Stake vs. Proof of Work – What’s the Difference 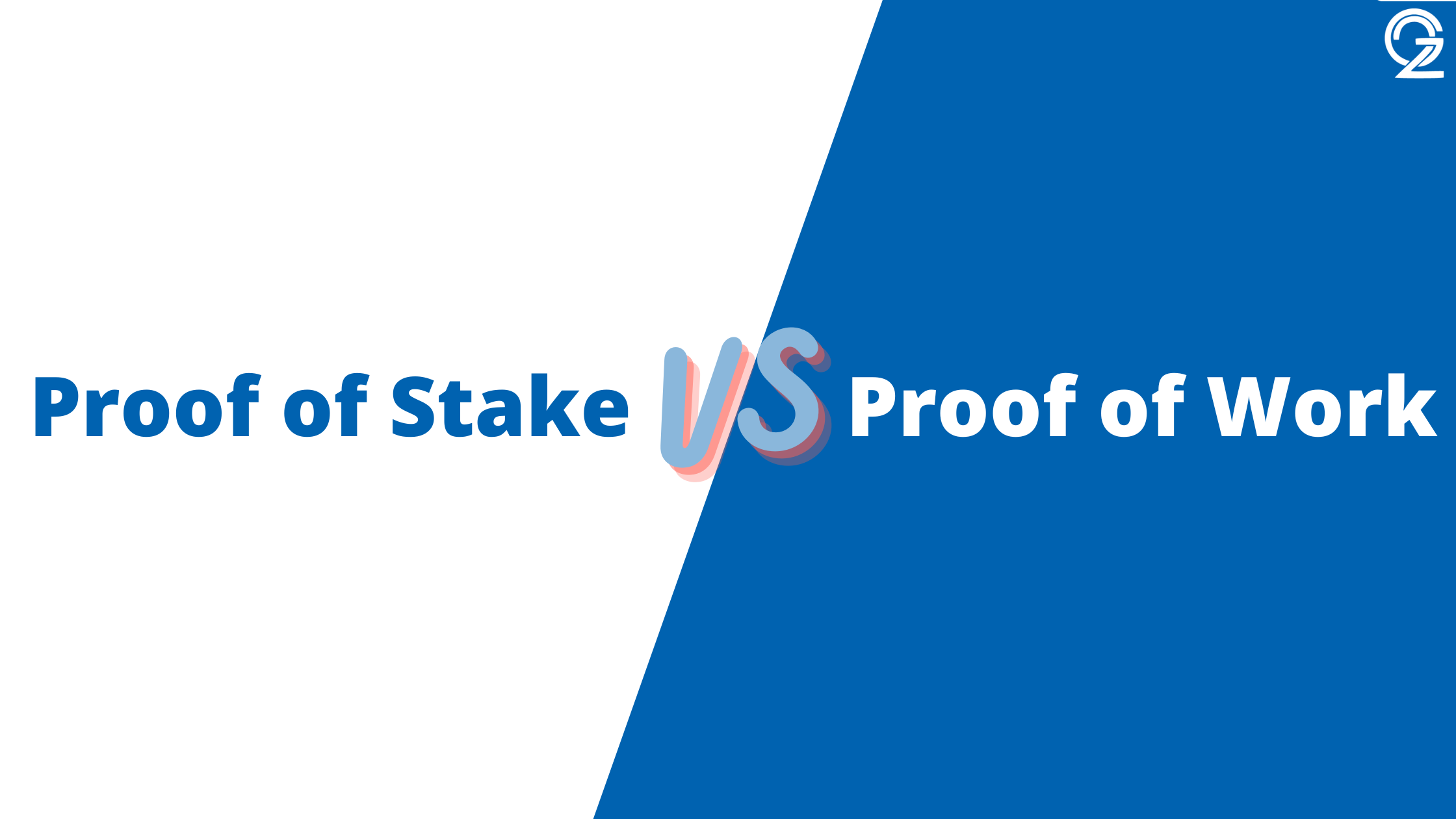 Proof of Stake vs. Proof of Work – What’s the Difference

The cryptocurrency ecosystem offers a more decentralized and secure alternative to traditional financial services. However, have you ever wondered what protocol blockchains utilize to facilitate transactions and ensure security? Blockchain networks operate on a consensus algorithm such as Proof of Stake and Proof of Work to determine the legitimacy of crypto transactions.

What is Proof of Work?

Proof of Work protocol is the original crypto consensus mechanism still utilized by Bitcoin. Proof of Work consensus algorithm requires miners to create new blocks by utilizing mining hardware. The Proof of Work is aptly named as it requires a considerable amount of processing power. These blockchain networks are verified and secured by virtual miners around the world who race to solve a math puzzle that will help in registering transactions on new blocks. As a reward for recording the transaction and mining a new block, they receive a predetermined amount of crypto, along with a part of the transaction fees.

Proof of Work has few inherent advantages and can manage a large number of transactions for Bitcoin. It is proven to be effective in maintaining a secure and decentralized blockchain. Moreover, as the price of the cryptocurrency grows, more miners are incentivized to mine, resulting in the growth of the network. Moreover, as Proof of Work requires a tremendous amount of power, it makes tempering with the transactions and records practically impossible.

However, Proof of Work is often scrutinized for its extensive usage of power that recently resulted in China banning Bitcoin mining. Moreover, as the total number of Bitcoin transactions increases, the blockchain network will require more miners, which will result in increased energy consumption.

What is Proof of Stake?

Proof of Stake was built as the solution to the Proof of Work consensus algorithm and was rolled out to Ethereum in December 2020. The upgraded version of the consensus algorithm deploys a faster and less resource-intensive protocol which is used by several blockchain networks presently. Cryptocurrencies such as Cardano, Atmos and Tezos use Proof of Stake to maximize transaction speed and lower the gas fees.

In Proof of Stake, staking serves the function of mining in which existing assets are staked to record new transactions and earn some crypto in return. The Proof of Stake consensus algorithm is powered by validators who stake their digital assets and earn a reward.

What are the significant differences between Proof of Work and Proof of Stake?

Moreover, the Proof of Work consensus algorithm requires the miner to solve complex equations to generate new blocks and register transactions. This process requires time which subsequently increases the transaction time and gas fees. However, in Proof of Stake, the validators can quickly validate transactions making the protocol faster and more cost-efficient.

Proof of Work and Proof of Stake consensus mechanisms both have economic consequences that can penalize network disruptions and also thwart malicious actors. While in Proof of Work, the miners can get penalized for submitting invalid blocks or information, in Proof of Stake, if a validator accepts a bad block, a portion of their staked assets is slashed as a penalty.

Apart from Proof of Work and Proof of Stake, several consensus algorithms are also in development. Protocols such as Proof of Space are being utilized by new cryptocurrencies with the aim to bypass the limitations of their predecessors. As the cryptocurrency ecosystem matures, it will be interesting to see what developers bring to the table.