How Will Renewable Resources Of Energy Shape The Future Of Cryptocurrency Mining ?

Home » Blog » How Will Renewable Resources Of Energy Shape The Future Of Cryptocurrency Mining ? 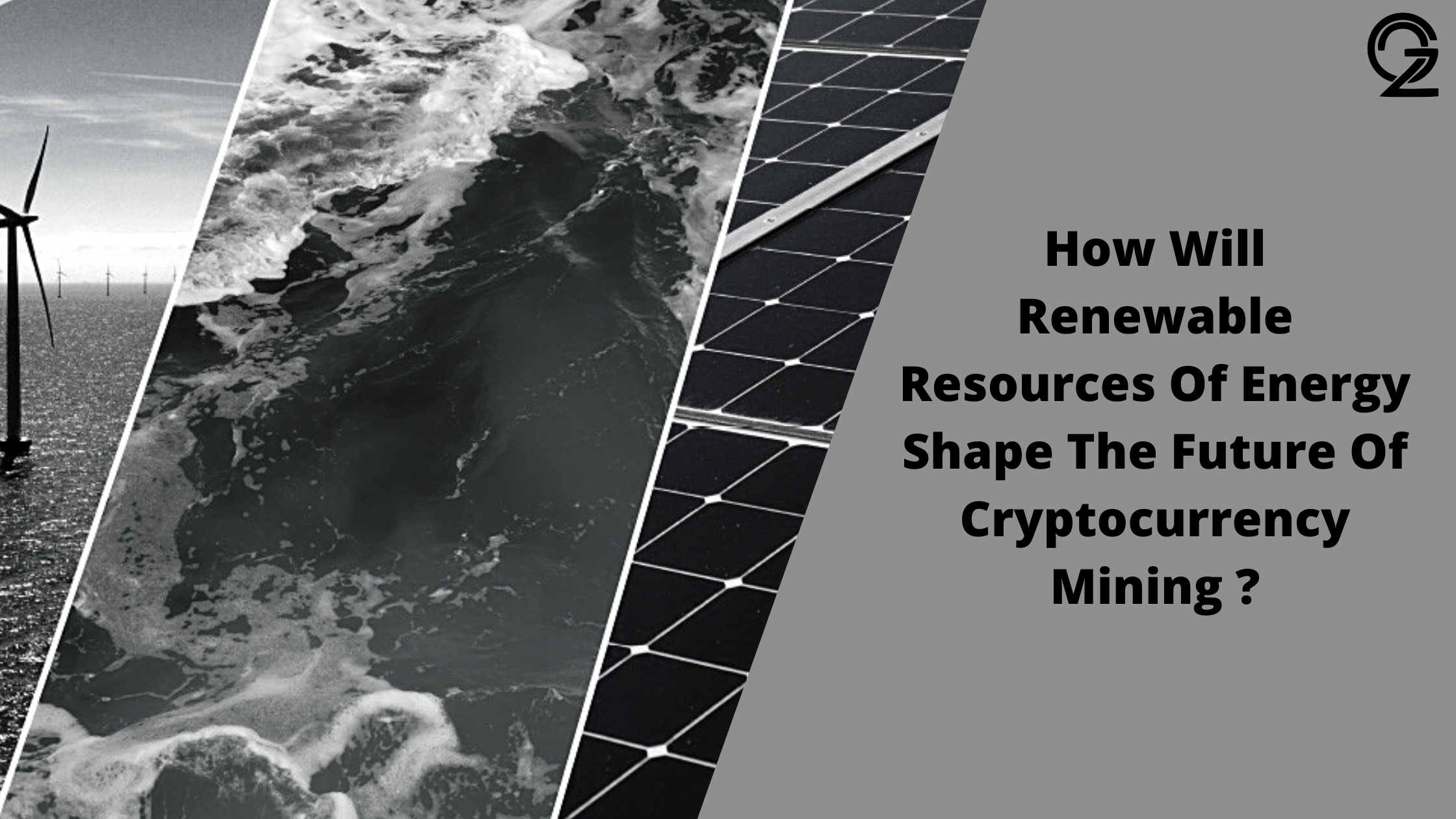 How Will Renewable Resources Of Energy Shape The Future Of Cryptocurrency Mining ?

Last year, there was a massive change in the Bitcoin mining industry when China banned the mining and forced Bitcoin miners to shift their bases overseas. This significant change in the dynamics of the cryptocurrency industry was termed “The Great Mining Migration” and had several impacts, both negative and positive.

The most obvious and initial impact felt from the mining migration movement was a severe downfall of Bitcoin price followed by aftershocks in the entire digital currency industry. According to a study by the University of Cambridge, 65% of global Bitcoin produced in 2021 was mined in China.

Understandably, China took severe measures as it requires an extensive amount of energy to mine Bitcoin. Moreover, as the majority of electricity is generated through coal power plants in China, the carbon footprint was massive. It did not fit in China’s plan to achieve carbon neutrality by 2060.

However, an unforeseen effect of the great mining migration was that Bitcoin miners were forced to shift their operations to countries with alternative sources of energy such as Wind Power or Solar Power. This decision has helped the Bitcoin mining industry to take a green approach and will affect the future of Bitcoin mining in a positive manner.

To understand the future of Crypto Mining more effectively, let’s first understand what causes Bitcoin Mining to be an energy-intensive process.

How does Bitcoin Mining work?

Bitcoin Mining is the process of solving complex computations to generate new blocks to register transactions. As a result, the miner receives a portion of Bitcoin and transaction fees. As the complexity of computation increased along with the number of Miners, the mining industry shifted towards ASICs from GPU devices. ASICs are specifically designed for Bitcoin mining and require a massive amount of undisrupted electricity.

The complexity of computations is dependent on the consensus algorithm that the blockchain network utilizes. In Bitcoin’s case, miners mine using a Proof-of-Work consensus algorithm which also consumes more electricity as compared to an energy-efficient consensus algorithm such as Proof-of-Stake. This energy efficiency and other advantages have prompted Ethereum Network to shift from PoW to PoS.

The PoW consensus algorithm, when combined with the ASIC miners, pushes the electricity usage through the roof, which becomes a problem if relying on coal power plants. However, the recent changes have created a new hope amongst the miners and environmentalists as crypto mining is gradually shifting from non-renewable power sources to renewable power sources.

The New Trends in Crypto Mining

Following the great mining migration, miners shifted their bases overseas, which led to decentralization in the mining industry and changes in power consumption. There are several desirable locations that serve the purpose of miners, decrease the electricity costs and also reduce the environmental effects.

The preferable locations that miners chose were North America, Latin America, Russia, Europe, and the Rest of Asia. Most of these regions have been proactive in inviting miners as it would help in the development of their economies while creating a safe and environmentally-friendly place for miners. Another point to note is that renewable sources of energy generally require less maintenance and are cheaper, which will decrease the costs and increase profits for the miners.

Texas has also come up as a strong competitor because of its powerful wind farms and low energy rates. Apart from that, Kazakhstan is also a worthy challenger because of its cheap electricity and lenient attitude towards infrastructure development. The Great Mining Migration helped miners choose their preferred locations and continue to mine cryptocurrencies with better profits and in an environmentally-friendly way.

Apart from migration, there have been several new trends in the industry. For instance, blockchain networks are developing new cryptocurrencies that work on revolutionary consensus algorithms, are faster, and require less power to be mined. Moreover, existing blockchain networks such as Ethereum, Cardano, and Polkadot are shifting their network from PoW to PoS, which will unilaterally help make crypto greener.

While the initial years were not optimal for the growth of cryptocurrencies, blockchain networks and projects are upgrading while aiming to achieve a net-zero carbon footprint. Moreover, the Crypto Climate Accord ensures that all its members take a green approach while building on the top of blockchain technology.

Bitcoin mining machine procurement services such as G2Miner are also not far behind in making crypto green. Bitcoin mining marketplaces are now ensuring that new mining rigs are set up in plants with renewable sources of energy which not only increase profit for the miner but also keeps the environment safe.

The future of cryptocurrency mining has taken a green turn and will be rewarding while becoming sustainable.