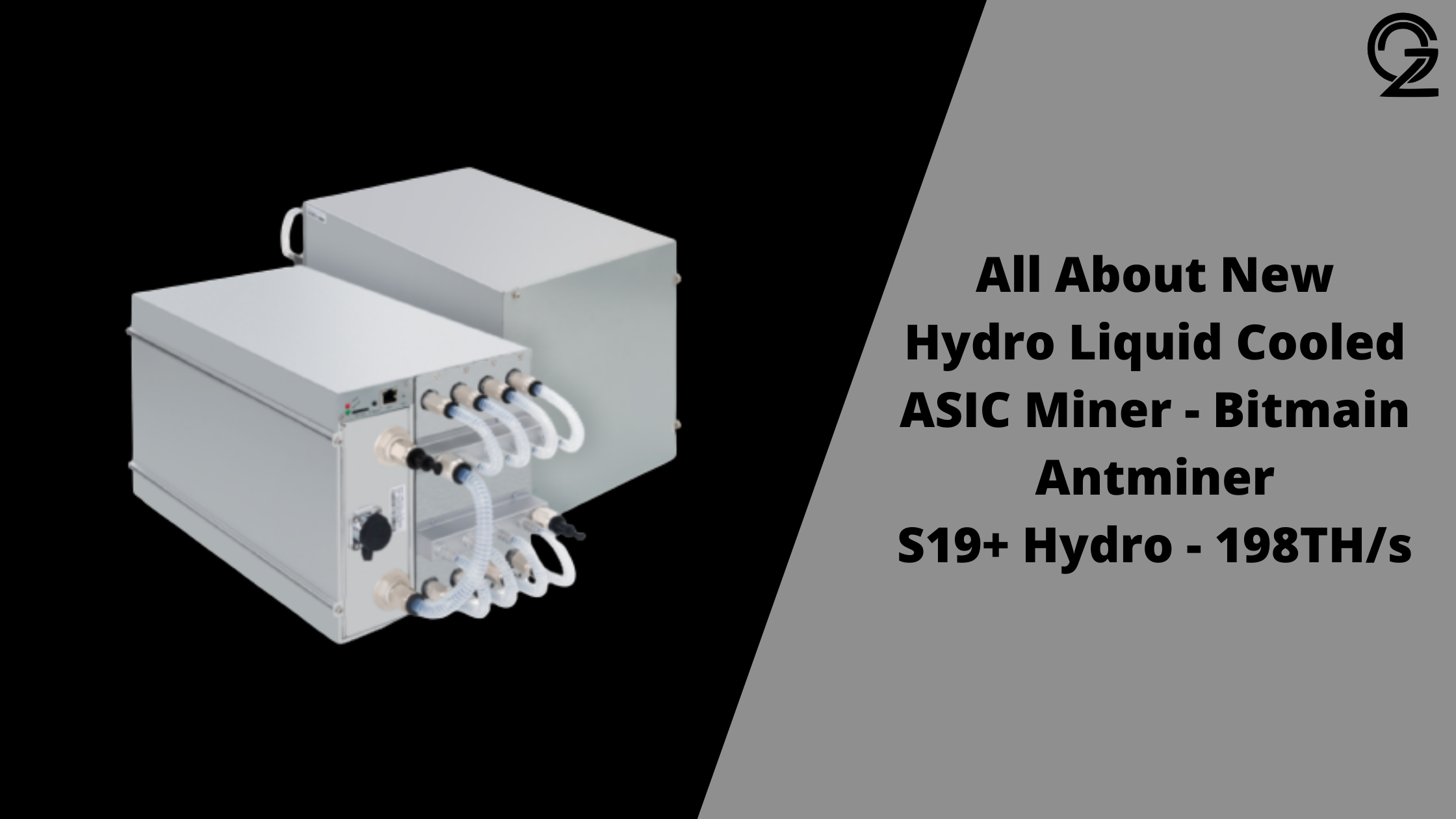 Cryptocurrency mining is one of the most crucial parts of the crypto-verse and requires several hardware and software items. Moreover, with times as more users become crypto miners, the difficulty level to mine new blocks has grown considerably. To remain profitable, it is important to utilize the best tools in the market and gain a competitive edge over other miners.

In addition, Bitcoin mining difficulty is at an all-time high, and the Bitcoin miners require significant mining power to make a profit. To cater to the growing need, the mining industry requires an ASIC miner that not only has high computing power but also low power consumption and is heat efficient. Luckily, Bitmain recently announced the launch of its new Hydro Liquid Cooled ASIC Miner i.e. Bitmain Antminer S19+ Hydro.

The S19 Pro + Hydro miner is the first-ever liquid-cooled ASIC miner that has a whopping hash rate of 198TH/s, which is 41% more than the flagship S19 model from the same manufacturer. The new ASIC crypto mining machine is not only more powerful but is optimized for efficiency as well and has an efficiency rate of 27.5 J/Th. Let’s understand why S19 Pro + Hydro miner can easily become the go-to miner in the coming months.

The Antminer S19 Pro + Hydro miner is a revolutionary ASIC miner with an inbuilt liquid cooling system and has the highest hash power of any ASIC miner from the manufacturer. It is a powerful ASIC SHA-256 algorithm miner as a part of the movable mining farm (The Antbox H3 V2 Liquid Cooling system container as a complementary set.

The hardware qualities of S19 Pro + Hydro miner are commendable in itself, with a closed-loop water cooling system that maintains low temperature during mining. The device can also automatically increase stability while maintaining the highest hash rate in the industry. The hash rate of 198 TH/s with a power consumption of 5445 Watts has not been seen before in the crypto mining industry.

The S19 Pro + Hydro miner is capable of producing a power efficiency of 27.5 J/TH and will easily become a popular choice for the next half-decade. Moreover, the liquid cooling system will help to decrease the noise of the fan-based cooling system by 80% while keeping a stable ideal temperature for the device.

The S19 Pro + Hydro miner is placed in the Antspace, which is a brand new two-piece Antbox. It is a mobile mining container that comes with a standalone hydro cooling tower with a hybrid dry and wet liquid cooling system that feeds through the Antvox and keeps the temperature stable. The Antspace has the capacity to house up to 210 S19+ Hydro ASIC Miners while consuming less than 1 MW of power.

It is also interesting to note that Bitmain is also equipped with advanced security features such as magnetic locks, facial recognitions, direct terminal substation for three-phase power and comes with a one-year warranty.

The S19 Pro + Hydro miner is the most efficient ASIC miner in the industry, with excellent power efficiency and the highest hash rate. This miner will change the direction of Bitcoin mining and will ensure steady profits for the miners that are currently struggling with the increased hash rate.

Innovation such as S19 Pro + Hydro miner keeps the profits steady while ensuring that it is in accordance with all the regulations. Moreover, the power efficiency of this miner will also reduce the carbon footprint and simultaneously generate excellent profits. To learn more about S19 Pro + Hydro miner click here.